Once again, it’s been so long since I wrote my blog. I always feel there is something I can’t say that I want to say so instead of talking about any of the other things I could say, I say nothing. Ummm . . . stupid. Okay that is a bit harsh, Thom. Let’s just say, . . dumb.

Aaaaanyway. It’s been an incredible year. OH MY GOD. I just peeked at my blog to see what the last thing was that was happening to me. We were in the middle of the run of Peter Pan in June. That literally feels like it was years ago. It’s been a funny year of piggybacking. On the day of our ﬁrst performance of Elegies, I was offered Peter Pan. Then a week before the end of the ﬁrst leg of Peter Pan in June, I got a call to ﬁll in for the role of Javert in Les Miserables for Drayton. Then the day before we closed Les Miserable in Drayton and I was about about to go back to the second leg of the run for Peter Pan, I got some other news.

So whoever is reading this blog, (and since I may post this link to Facebook and Twitter, that could be . . . well, . . . 5 – 5o,ooo people . . . or just 12) you will be some of the ﬁrst to publicly hear about about this. I can’t believe I kept it this quiet. I spent 4 months this summer and fall, ﬁlming a brand new Sci-Fi show. It’s produced by the same people who produce Orphan Black (“what?”, “Orphan Black?”, “That’s a hugely popular show”) I know, right? I’m very excited. I play a recurring role but having said that, I’m in most episodes of the ﬁrst season. It was a great experience working on it. The cast, crew, directors, producers, everyone was such fun. There was a great feeling among the cast and the guest stars. It’s a co-pro and will be aired on/by Syfy Network (U.S) and Bell Media/Space Channel (CAN) sometime this year. And it’s called . . . KILLJOYS.

I can’t say more about it but you’ll have to keep an eye out for it. I’m sure that more info will be coming out about it soon.

Who do I play? What’s it all about? What do I wear?  Well, you’ll just have to keep your eyes and ears pealed (peeled?) and see. Its created by Michelle Lovretta, the cool and amazing chick who created the hit TV show, Lost Girl, which I started watching this summer to get a feel for her sensibility and got completely hooked. Michelle has such a creative mind and kick-ass point of view. And she is really pushing the envelope of strong, young, female leads. The lead character of both shows is a crazy-strong-willed young woman (different actresses). It’s pretty awesome.

Well there it is. And I just came back from an amazing vacation. A Caribbean cruise. What??!!

It was spectacular. A week. We went to San Juan, which is gorgeous. 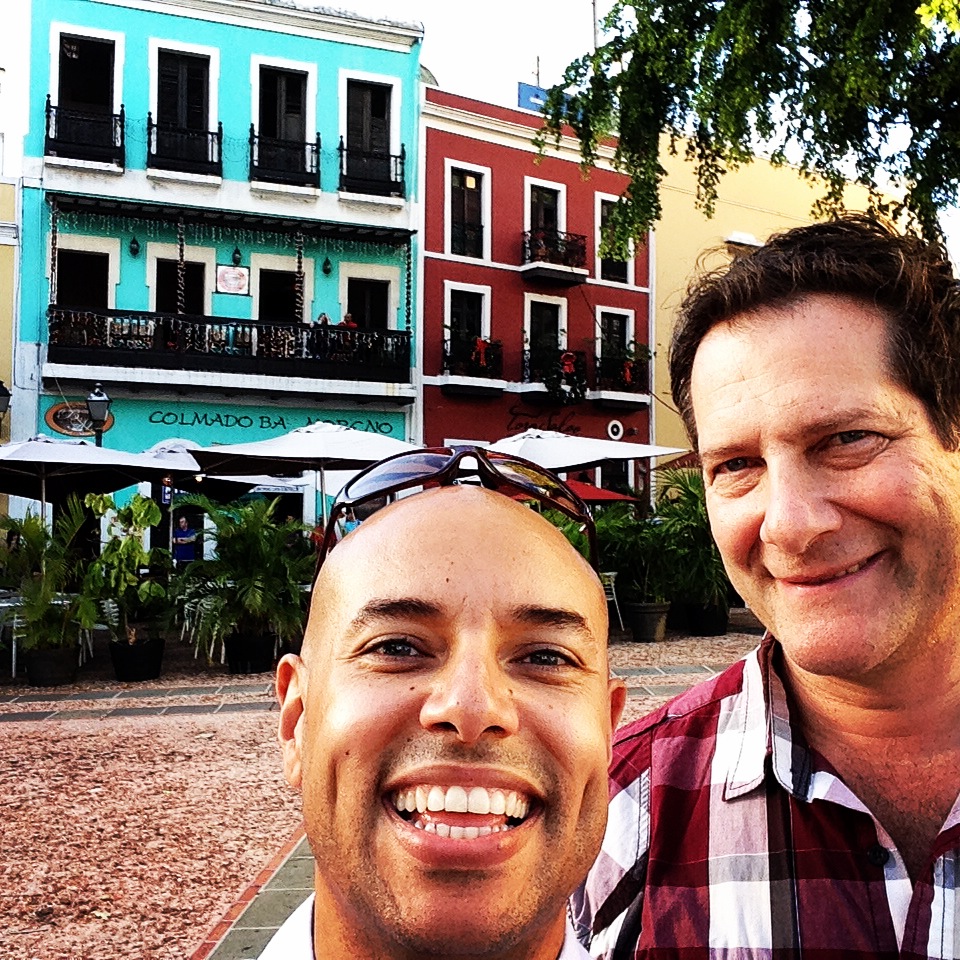 The ship lets you off in old San Juan and I don’t know why you’d go anywhere else. So gorgeous.  Such character. And we ended up seeing a fantastic ceremony of the Three Wise Men bringing gifts to the baby Jesus.  A live procession from down by the water that went up the street right to steps of the church.  This is the inside of the church. 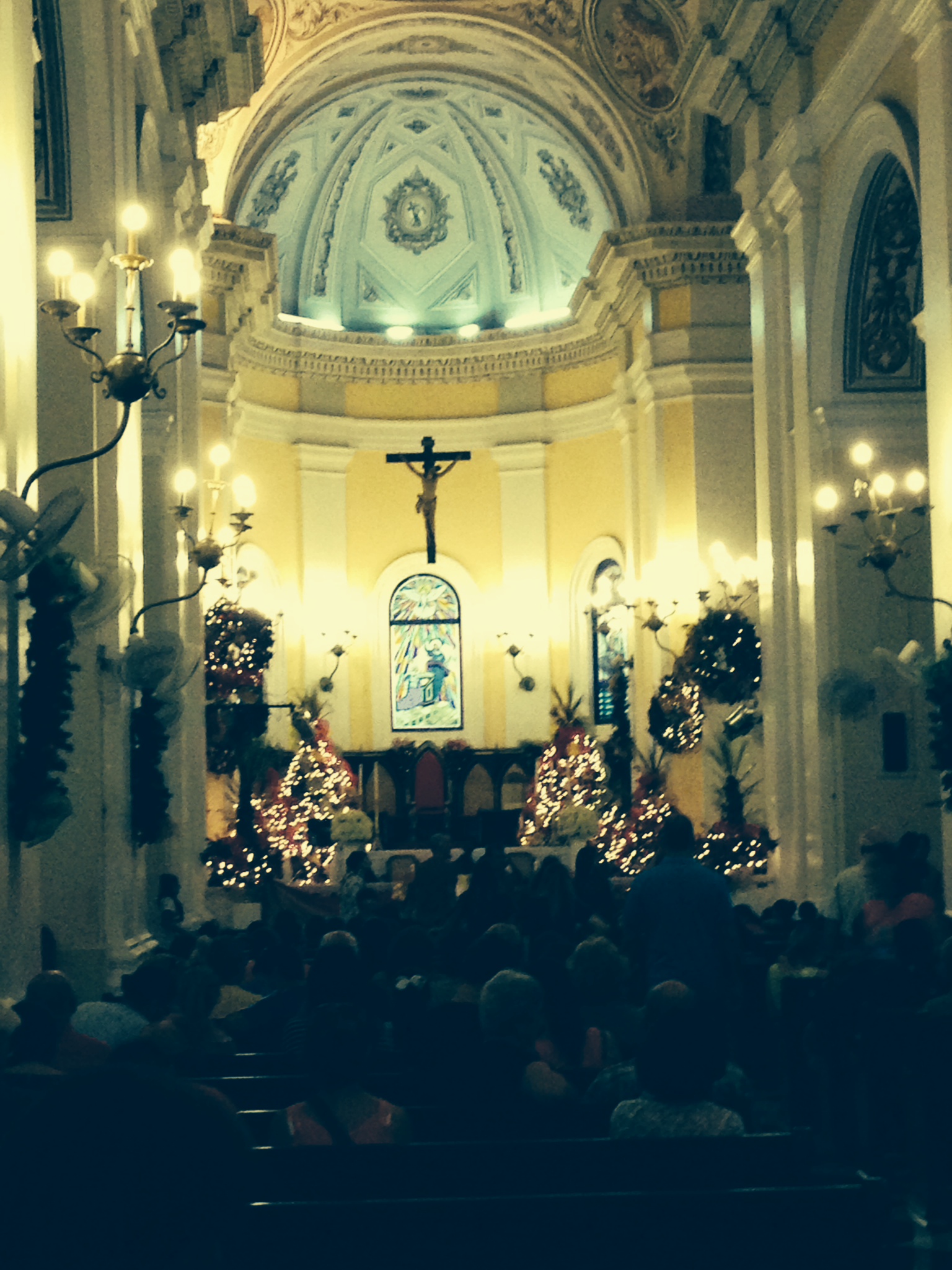 Then St. Thomas which I only saw from the ship since it was late when we got up and the ship was so empty, we decided to lounge like it was the last day of lounging – ever. Then the next day was St. Maarten and that was amazing. (Yes, that is a mansion built into side of mountain.  You’re welcome!) 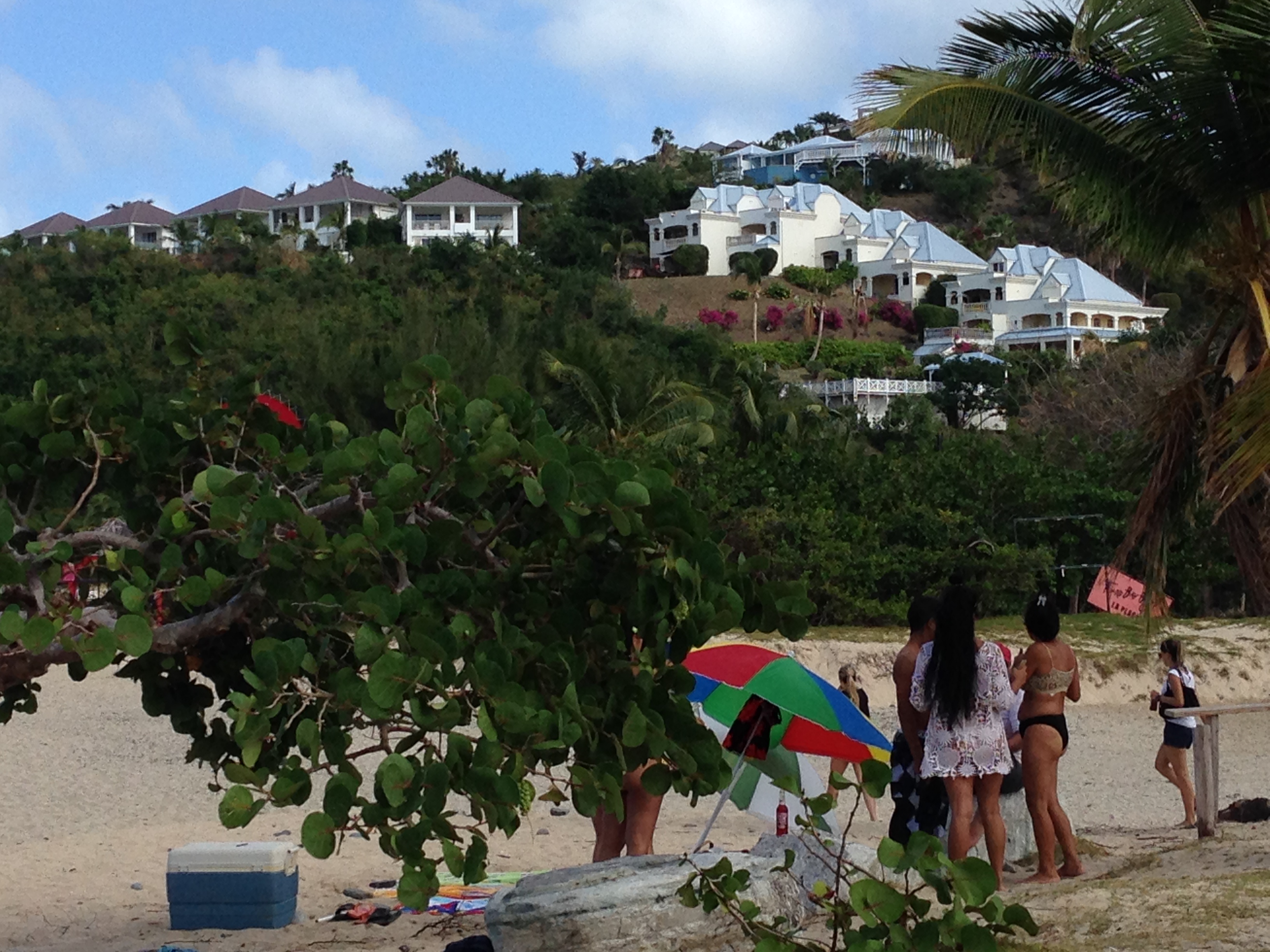 I would go there again in a second. Caribbean island meets European sensibility. Half the island is Dutch and half is French. Red Beans and rice, a crepe and tulips – all in one place? Something for everyone. We found this area where the beach was so lovely and small and the water sooooo blue and sooooo beautiful. It was heaven. We rented a car and drove around the perimeter of the island. It’s a small island but you can literally ﬁnd every kind of landscape for a vacation. Lush, green mountains; blue waters; beaches; piers. We didn’t want to leave.

Then we had two days at sea. Well three actually as we had one day at the beginning. But the last two days were such heaven. There is a point on a cruise where your psyche actually realizes it doesn’t have to do anything and it tells your brain to drain anything extraneous out of itself. I actually lost language that two days. I would just point at food or drink and have it thrown down my throat. I didn’t want to come home. Luckily, to make it a pleasant home-coming, we went from +27 to -16.

So here I sit catching up with myself and you guys (you guys being whoever is sweet or bored enough to be reading my ramblings). I had lots of time to think on the cruise. I’m ready for another life ride. One of the gifts I was given for my last birthday (Nov. 2, in case anyone wants to write that down and act accordingly next year) was a psychic reading. Now let me be clear, I don’t believe in living one’s life by a psychic but having information from all possible sources is always helpful. But she clocked a couple of rather signiﬁcant life events from my past and she said most people have one rather large life shift in a lifetime but that I will have two. One has happened and the other is about to happen.  About to, as in, starting this year.  It resonated. That’s very much how I feel right now. Actually I’ve been feeling like everyone is going to have a good year in 2015 but I, personally, feel like a big shift is about to happen for me. There is something in the air and more importantly, I’ve been feeling professionally restless.

I’ve already decided I will no longer do any shows that don’t make me feel open and receptive on hearing about them. Whenever I’ve ignored that, I’ve had a terrible . . . well, I guess in most cases, a not-very-good time. So that is the criteria for doing shows. But beyond that, it may be time to re-focus. Perhaps more concert and cabaret work? I’m taking steps to explore that more and see if I really want that or think it’s just a natural progression from what I’ve done. Other possibilities: hmmm not sure. Directing? Writing? Producing? Or something I haven’t thought of yet???……

I’ve been reading a couple of (or seeing TV specials of) bios about people in the entertainment business. And what I realized they have in common, in terms of their success, was that at some point, they honed in on what gave them the most joy as a kid and ﬁgured out how to be able to do that all the time . . . and get paid for it. Not long ago, on Facebook, I think, I posted a note or whatever the positive version of a rant would be, about how the people that we call “nerds” for “geeking out” on some particular topic, can often become successful in a ﬁeld where they put that PASSION – yes, I say PASSION and I stand behind it. Computers, comedy, fashion – well I guess we don’t call fashion nerds “nerds”; it’s weird to call someone a nerd who dresses better than you.

Anyway, it got me thinking . . . on the cruise . . . did I mention I just went on a cruise??? . . . aaaaaanyway, I’ve been trying to think of the things I like to do and how to make that into a life/ career. And I suddenly got this feeling that whatever I’m good at is right in front of me and I’ve been looking around it, trying to see “what I’m good at”. And I suddenly felt that very soon, it’s going to drop on my head like a water balloon from the universe and I shall ﬁnally be drenched in my own destiny.

I know, deep shit, right? But there it is. That is where I am. I’m staying open to what the universe has in mind. I’m ready to play.

3 Responses to “SOME OVERDUE NEWS”