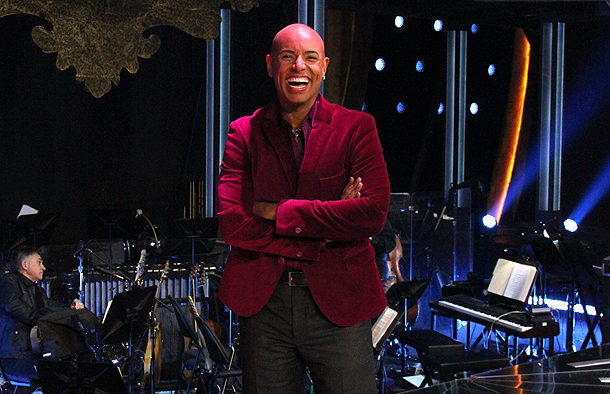 Born and raised in Winnipeg, MB, Thom was an avid theatre nerd from the age of 10. After studying at Ryerson Theatre School in the acting program, he launched his professional career in the Young Company of the Stratford Festival before going on to appear in the original Canadian companies of Miss Saigon, The Who’s Tommy and Rent.

Currently, Thom can we seen as Pree in Space Channel/Syfy’s hit, KILLJOYS. Some other TV/film credits include Murdoch Mysteries; Repo: the Genetic Opera; Private Eyes; The Last Dance; Leaving Metropolis; as well as Lifetime Channel hits – I Me Wed and Road to Christmas.

Thom was seen on Broadway in Priscilla, Queen of the Desert. During the run, he also appeared on the Tony Awards; performed in the televised Macy’s Day Parade; and made his New York cabaret debut at Birdland.

At the Stratford Festival, Thom has been seen in Romeo and Juliet; The Threepenny Opera; The King and I; Pericles; King Henry VIII; Macbeth; Hello, Dolly; and Into The Woods. At the Shaw Festival, he has appeared in A Little Night Music; Follies: In Concert; Wonderful Town; His Girl Friday; Guys and Dolls; and the critically acclaimed Ragtime. Other theatre credits include Cabaret; My Fair Lady; Take Me Out; Elegies; A New Brain; The Drowsy Chaperone; Evita; Sophisticated Ladies; Songs For A New World, The Wizard of Oz, Dreamgirls.

Thom is a Canadian Screen Award (Canada’s “Emmy”) winner for his role, Pree, in the SciFi series, KILLJOYS. He has been nominated for most major Canadian Theatre awards- 3 Dora awards, 2 Bettys, 2 Jessies, an Ovation, a Sterling for Drowsy Chaperone, Outrageous, respectively; and he is the recipient of 2 Tyrone Guthrie awards. As a singer, Thom has had the great privilege to have been chosen to sing, as featured artist, for 2 musical theatre giants, in evenings honouring their work -William Finn and Stephen Sondheim.

Thom can be heard on the original cast recording of Priscilla, Queen of the Desert and he also has a solo CD, A Whole Lotta Sunlight, available below.