I know I need to get more regular in my blogging, my peeps.  But I’m just running around so much.  So I’m just going to wander a bit, but you know what, it’s my blog.  ha ha ha ha ha haaaaa.
So let’s deal with the fact that I  have been in a helicopter twice since I wrote to you all.  WHAT???!!!  Yes, it’s true.  The first time was Sept. 23. I took some pics to show you. We arrived at the pick-up site which was on the grounds of the Hildebrand Winery and the actual copter (that’s what we professional helicopterers call the helicopter – oh, yeah, I’m very connected) is not very big as you can see. 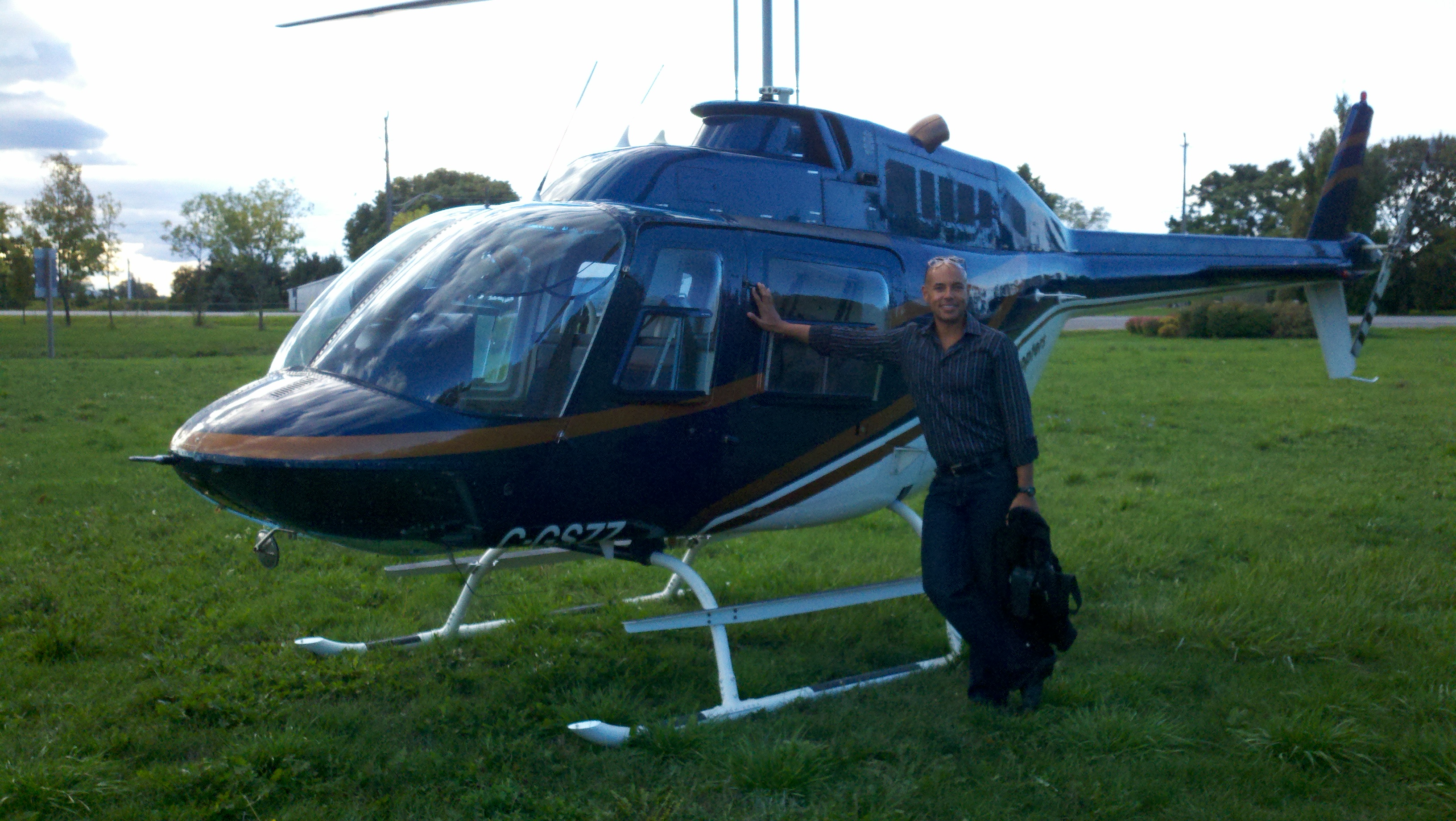 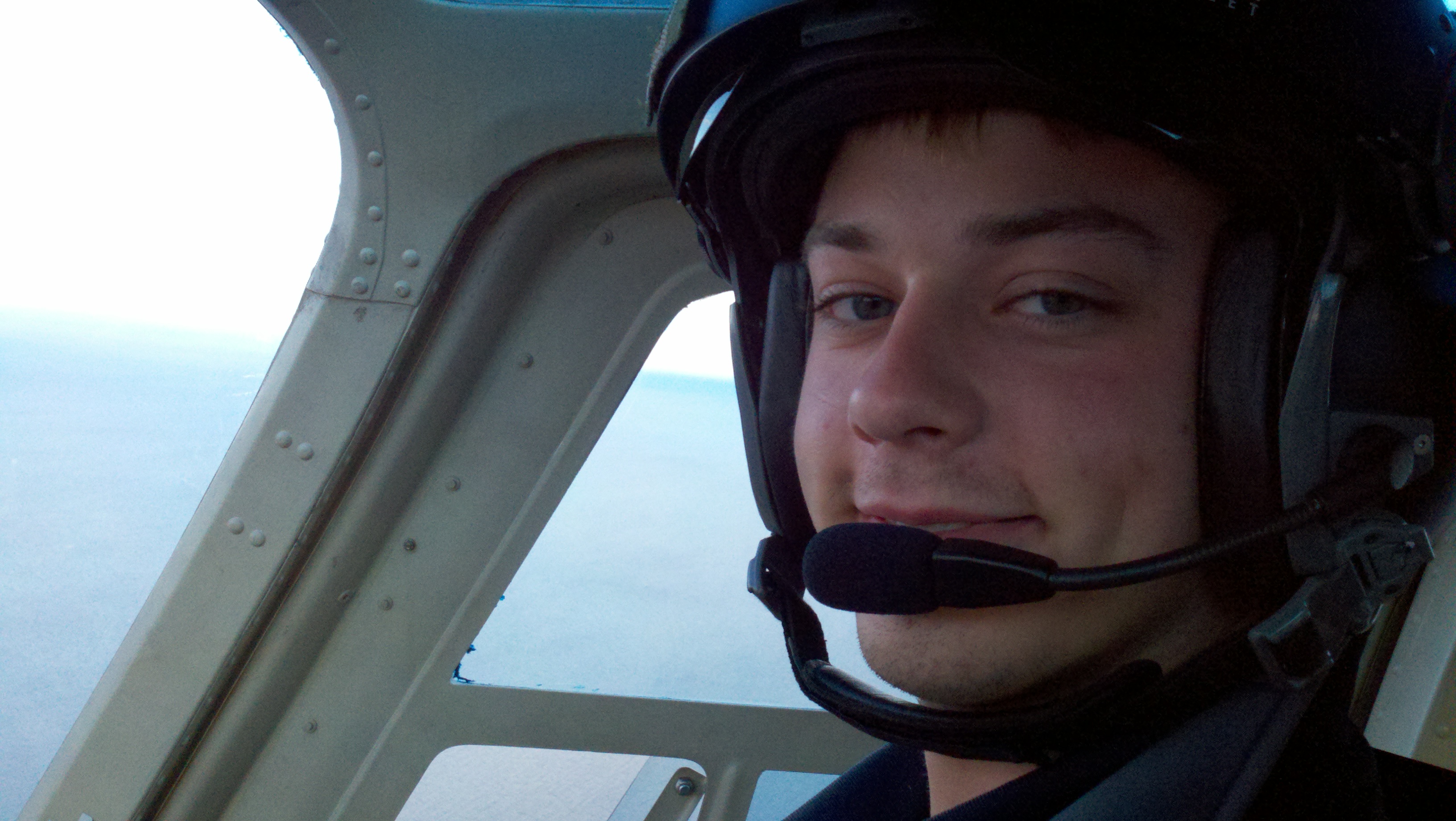 Seriously, look at that face.  He still smelled like baby wipes …..and the CBC also sent one of their AM-ER-ZING online team to video and audio and photograph the experience.  Here is Kyle. 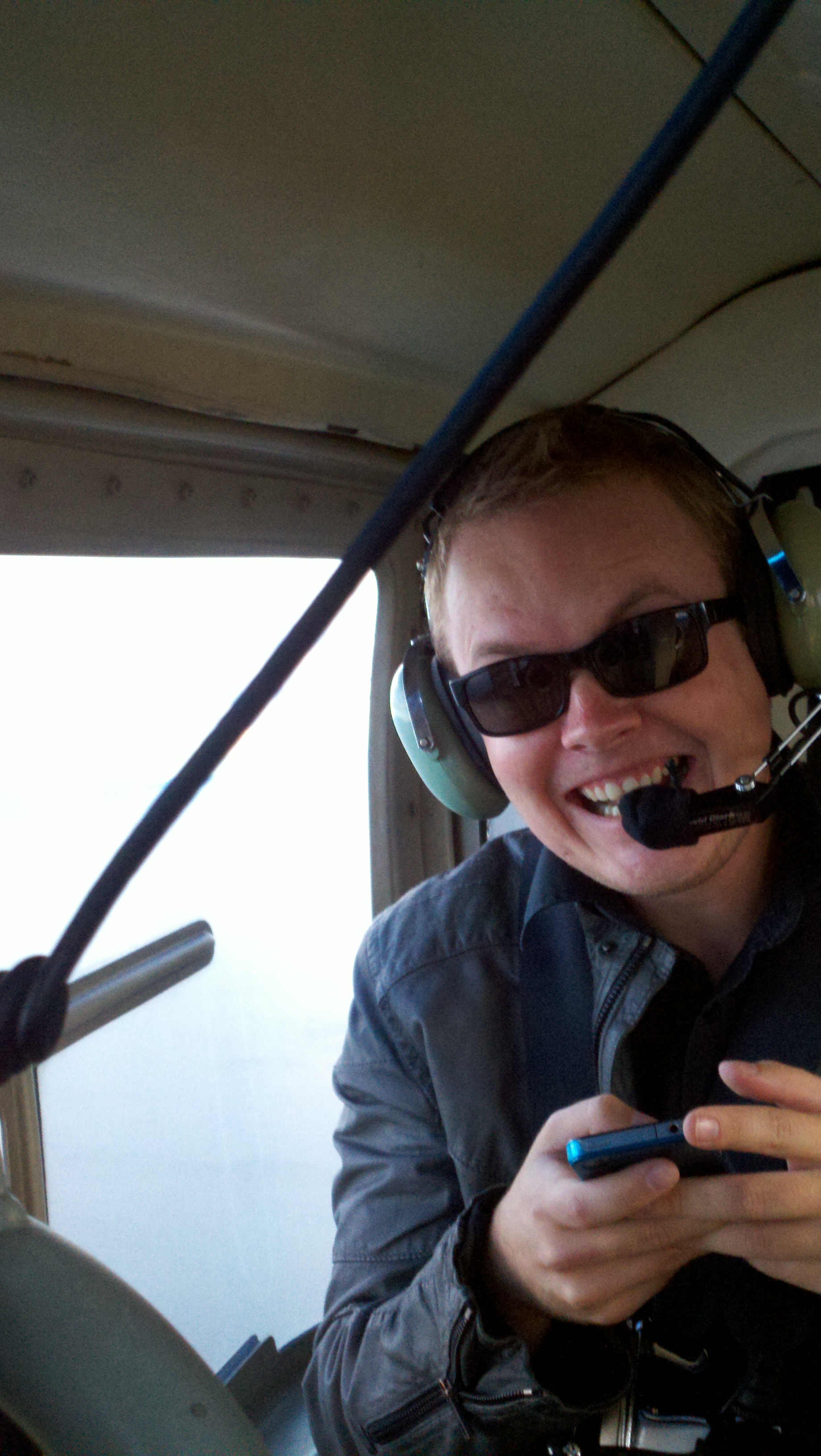 And he and the rest of that genius online team put together a vlog of the whole experience of getting me from Niagara-on-the-Lake at 5 to our live-to-the-east-coast taping of the show at 7.

Okay I can’t seem to link it directly so you’ll have to cut and paste.

http://www.cbc.ca/overtherainbow/videos/behindthecurtain/behind-the-curtain-episode-3.html
And here are some shots of our tour.  Oh, the route???  We can’t go directly over the water to Toronto because they would have to put pontoons on the copter so we go around the shoreline which basically ends up being a horseshoe.

This is us just travelling over Niagara-on-the-Lake. 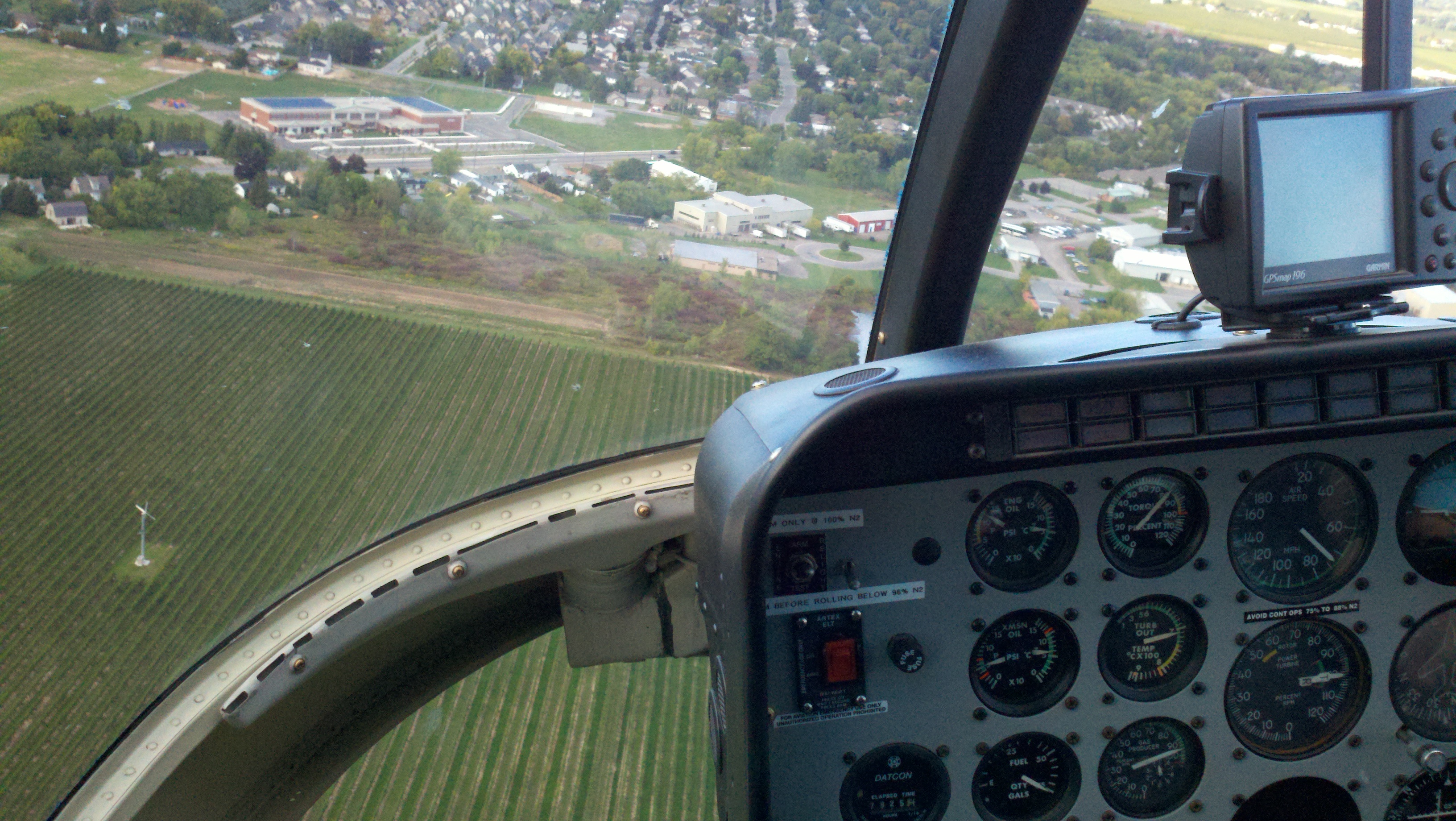 Gentle Ben and I are in the front seats which basically means that we’re in a plastic bubble hovering many feet about the ground.  Take a look. And here is a shot as we get close to Lake Ontario. 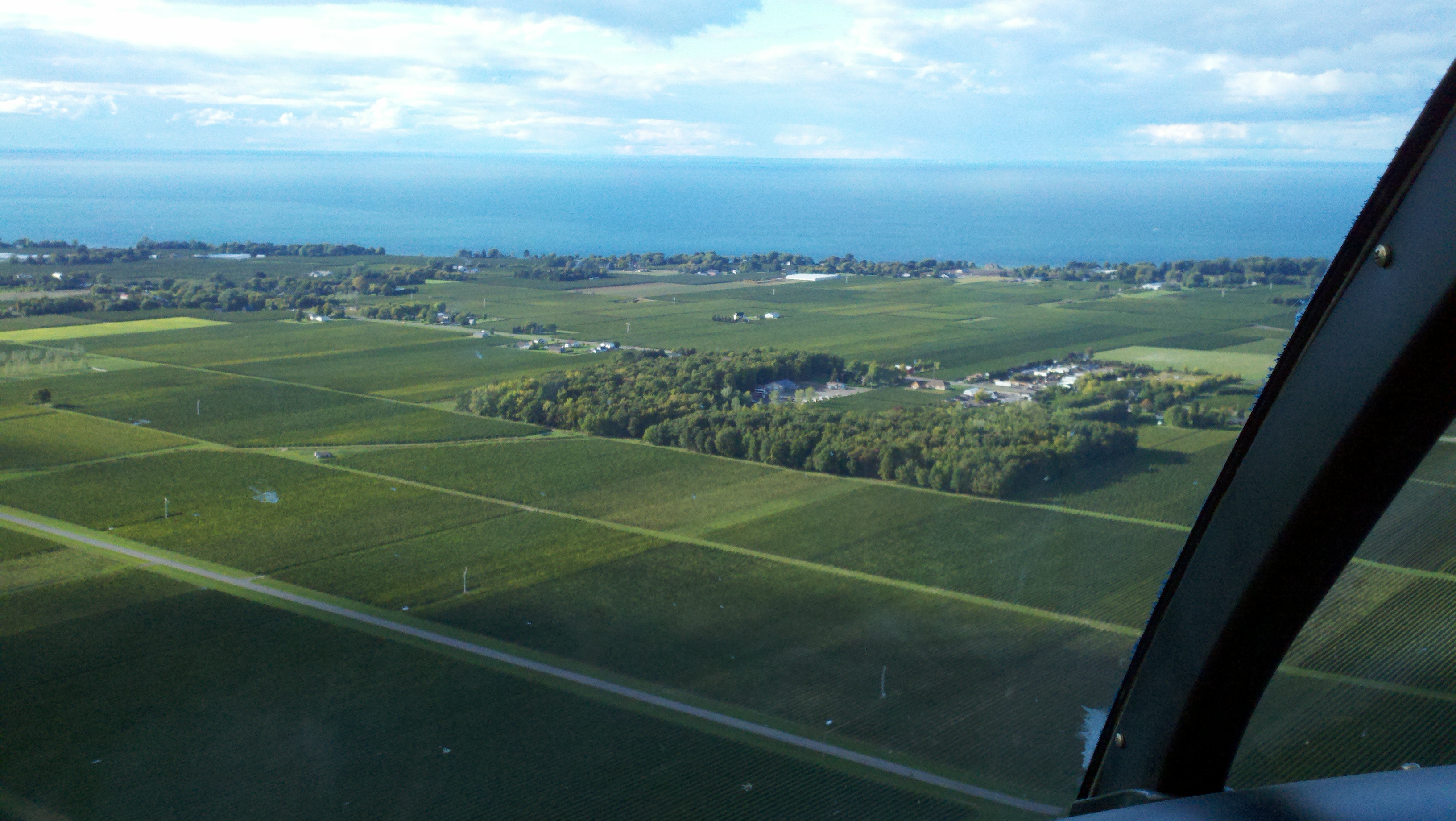 Then a shot of the shoreline and the CN Tower way in the distance on the right. 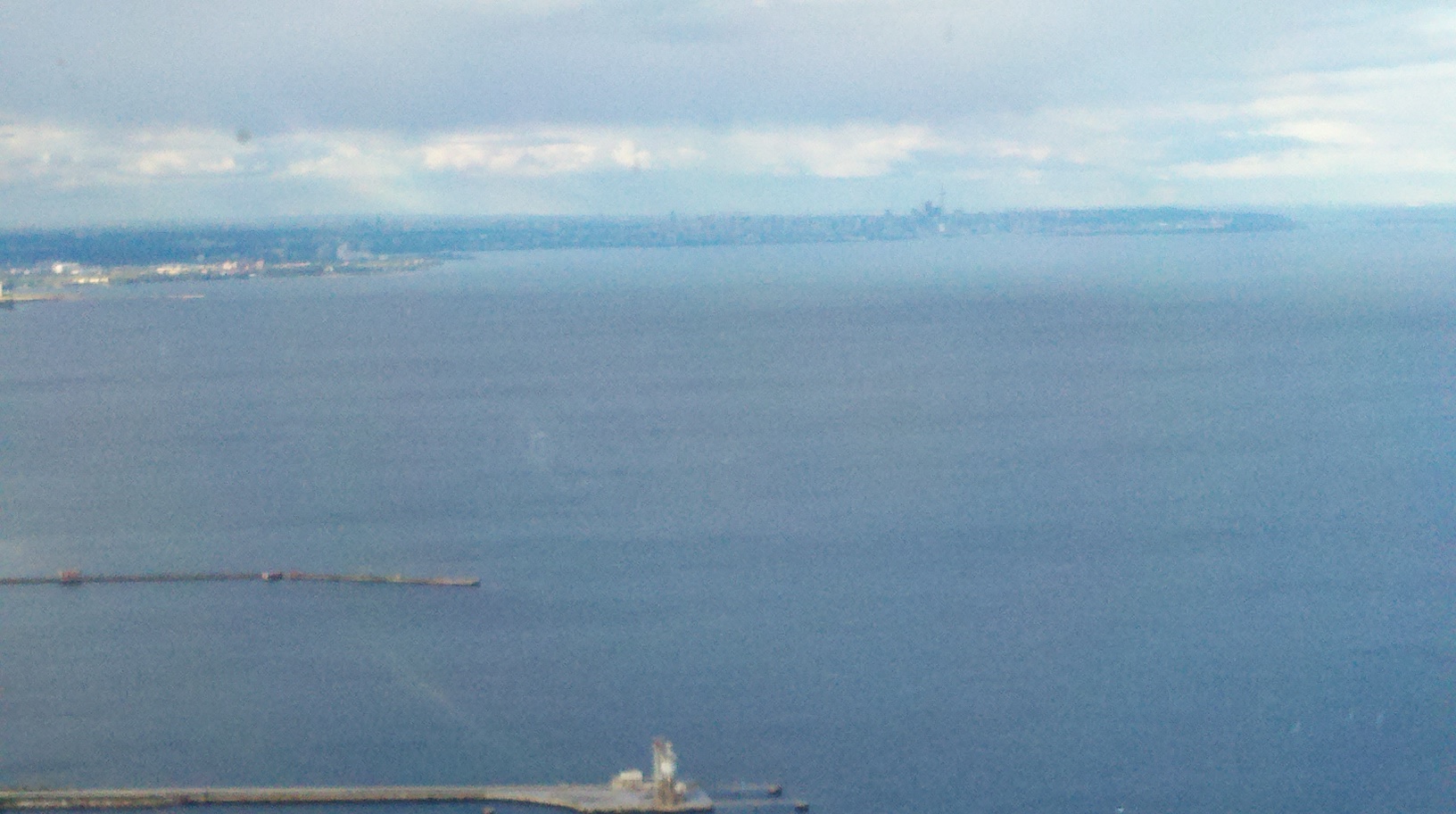 And the next two shots we get closer and closer. 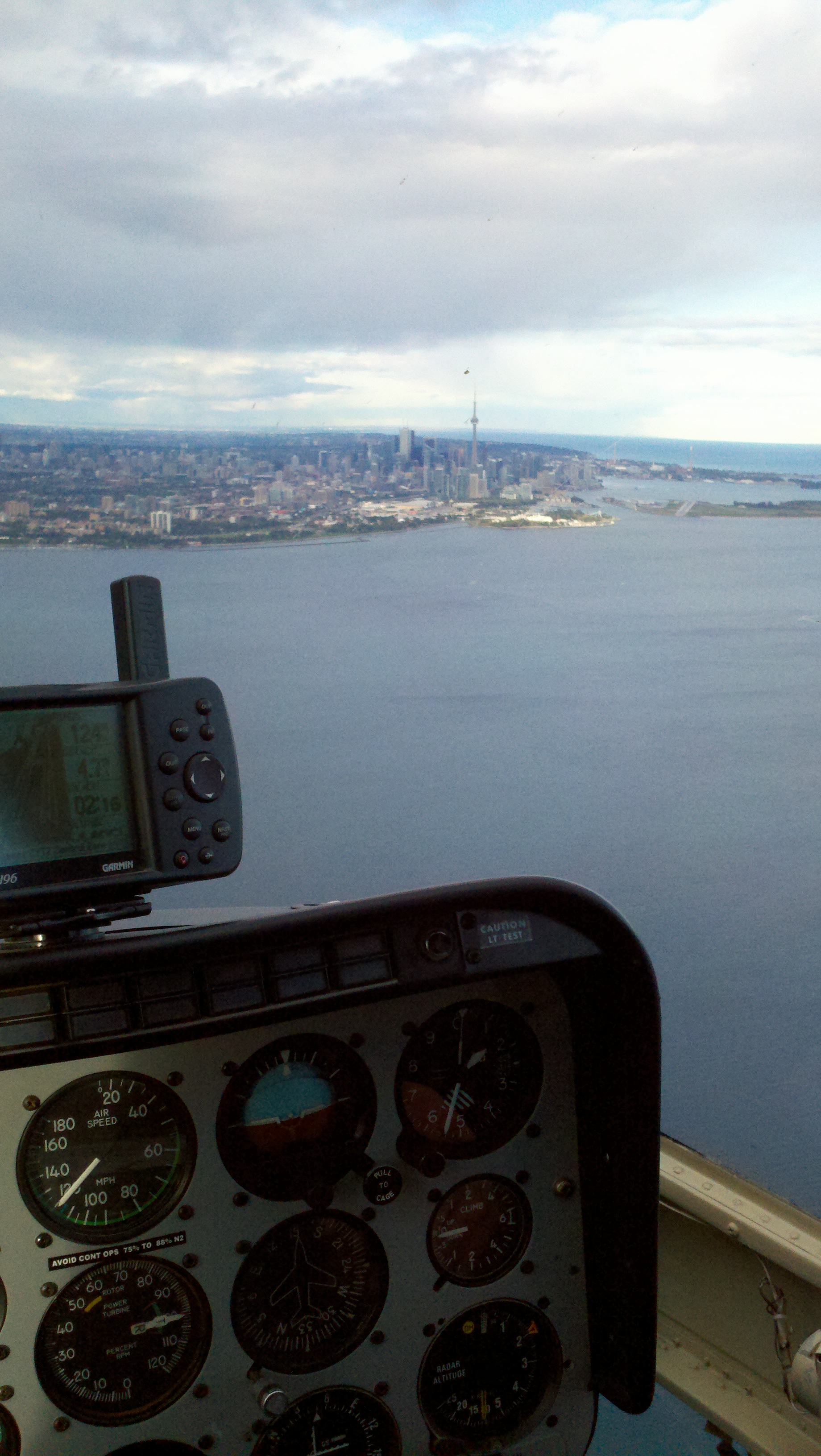 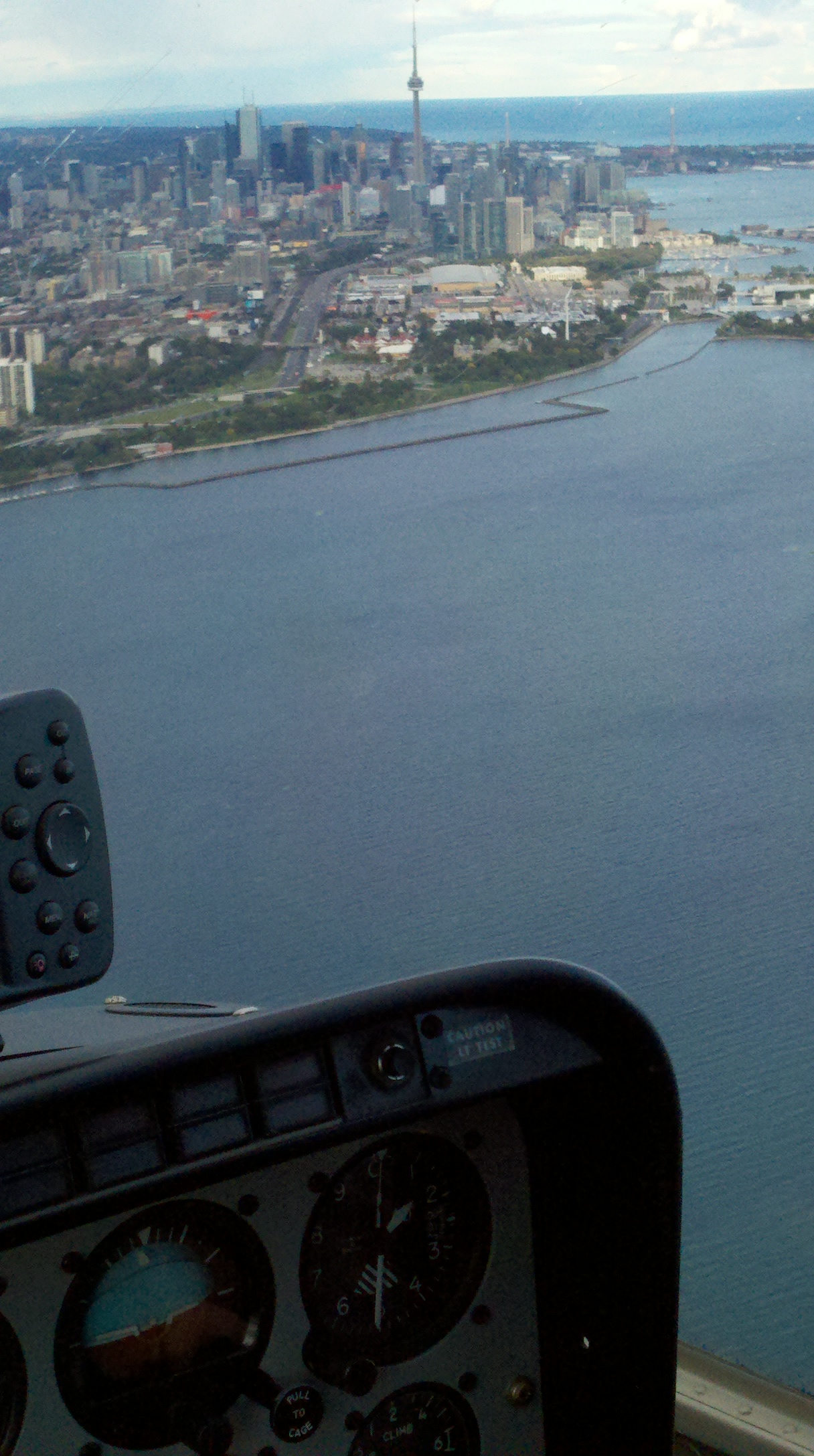 And here we are coming in for a landing.  We landed on the Toronto Island airport which you can see on the right. 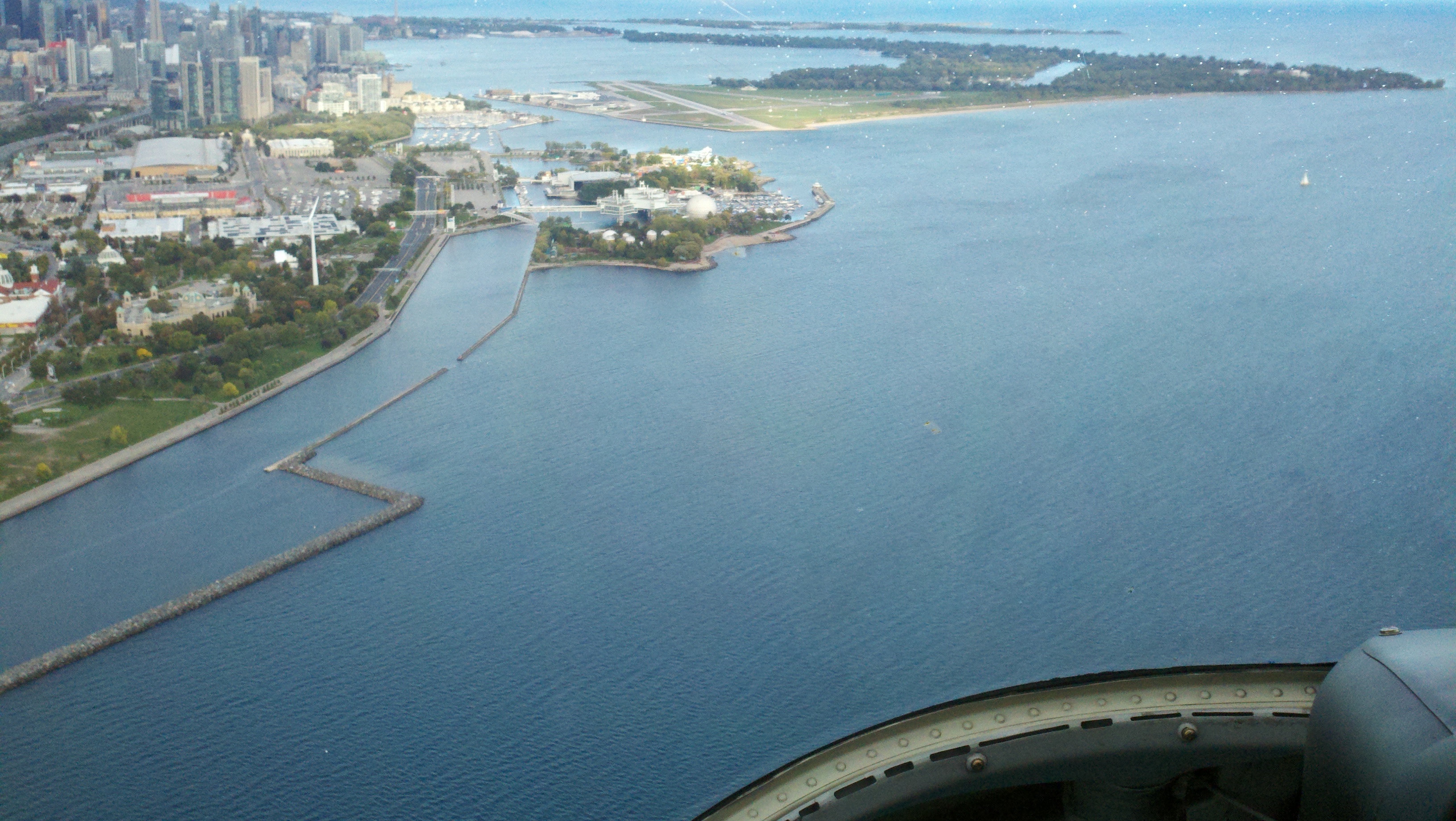 Then I did it all again this past Sunday (Oct. 14).  It was the closing of Ragtime.

Now let us talk about that.  RAGTIME!  What a crazy, thrilling, scary, wonderful, exciting, unexpected, singular experience it has been.  It’s hard to believe on this end that I almost said “no” to the contract.  I wasn’t convinced that I had what it took to pull off Coalhouse.  The role is operatic in scope.  Epic.   The emotions required are greek in size.  There were still many moments I don’t think I ever got quite right.  But, my God, it was fun trying.  And I feel like I hit the jackpot in terms of creative team, cast, crew, costume departments, stage management, and on and on and on.  I want to be very clear that this is not some bullshit plug to get back into the Festival for another season.  The Shaw peeps – costumers, administration, crew, etc. – are some of the finest artists and artisans and human beings I’ve ever encountered in the business.  Everything really came together on Ragtime.  I loved working with Jackie Maxwell.  I loved my leading lady – Alana was fantastic to work with.  We had a ball.

I have to say a special something about Ben Campbell.   A Canadian legend who played Father in Ragtime, I have been a fan of Ben’s for years but never worked with him until now.  In rehearsal, I was nervous.  I didn’t want him to think I was a crappy actor.  In the last moments of the show before the Epilogue, Ben and I have a short but very heightened seen, just the two of us.  Jackie trusted us both enough that she didn’t really “set” the blocking or tempo for it.  She wanted us to feel it every night based on how the show has transpired up until that point.  That is very rare that a director can and will trust that sort of thing to find itself.  So every show, Ben and I would feel it slightly differently.  I have rarely had such a heady time in a scene. It was like walking a tightrope each night with a master.  I trusted him implicitly and I feel he trusted me to be honest and non-fussy.  He was an astonishing and supportive scene partner and that scene was one of the highlights of my show every time.  That and doing “Wheels of a Dream” with Alana.

And now it’s done.  And it’s 3 more weeks of Over The Rainbow.  Wow.  I’ve been having such a great time.  Jeez, again an amazing group of people who I love going to see every day.  From the producers down, everyone is friendly and warm and funny.  Lots of laughs.  The only drawback is Mondays.  Watching the faces of these girls fall as they find out they have to leave one by one is horrible.  Yet, it’s the business.  It’s just that most of us don’t have to be rejected publicly.  But… the flipside is they get great exposure from the show and that can start a career.  And all of the top ten girls were so talented, every and any one of them can/will have a career in the business if she wants it.

So weird to be in Toronto.  It’s been so long since I’ve been here to sit for a bit.  What’s next, you ask?  I’m glad you asked.  There are several “longer-contract” possibilities but nothing signed or in some cases, fully offered yet.  But what IS happening is I’m doing a concert on Nov. 30.  I’m very excited. It’s called BROADWAY, MY WAY: Thom Allison in Concert.

Here is the info:

Accompanied by the amazing Diane Leah.

I’ve been wanting to do a Broadway concert for ages and now seemed like the right time.  When I was thinking of what to sing, I was struck by the fact that different parts of Canada have seen me do different things and don’t really know me for other types of roles.  Vancouver, Ottawa and Edmonton only know me as an outrageous clown because of Aldolpho in The Drowsy Chaperone; Calgary knows me as powerhouse charismatics (just made that word up but I like it) like the Emcee in Cabaret and Che in Evita; Toronto has seen me in the kookiness of Outrageous and the solid, human guys of Elegies and A New Brain as well the vocal gymnastics of Songs for a New World.  I thought that it was about time for me to do it all in one show.

So whoever is reading this is getting the scoop.    The first act will consist of some of my favourite songs of my favourite roles that I’ve played.  The second act is a mix of Broadway songs I love and songs from shows/roles I would like to do.  So producers, take notes.  hahahahahaa Wait, I’m not kidding . . . papa needs a new job.
Well, I think that sort of covers a blanket of a bunch of things.  I will try to keep more abreast of things.  There are a few other things coming up that I will be able to tell you about in the next couple of weeks.  So keep an eye out.  And thank for reading, all.

One Response to “BITS OF CATCH-UP”