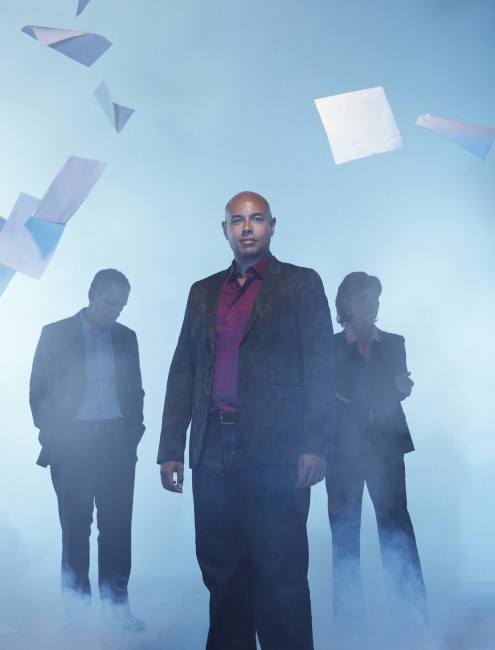 "The performances are mostly good and, in the case of Thom Allison who pretty much plays Finn, superb. He shows off an amazing technique without showing off; he holds long pealing notes in the middle of lines that don't disrupt the flow and flashes a satanic grin that modulates into a compassionate smile."


"Best is a sequence of loosely related songs involving a group of friends, many of whom died of AIDS-related illness. Thom Allison delivers two such numbers with an astonishing mixture of bravado, happiness and suppressed pain that adds layers of emotion to the words and music."


"With a voice of liquid gold, Thom Allison proves once again why he is one our leading musical theatre performers. He can communicate as much with a raised eyebrow as with a whole soliloquy."


"And the talented Thom Allison reveals a new maturity and control here. Without sacrificing any of his sardonic glee or deep-seated feeling, he's learned how to communicate them in a more minimalist way that is even more effective."


"Allison brings soulfulness and unassuming masculinity to the mainly gay characters he plays."

Kamal Al-Solaylee
The Globe and Mail


"(Director Lezlie) Wade is fortunate, too, in having found a cast of strong performers to bring Finn's tunes to life, a quintet anchored by veterans Barbara Barsky and Thom Allison..."

Ask actor Thom Allison to de scribe Elegies: A Song Cycle and he sums it up with a laugh. “Songs for dead people,” he deadpans.

“People look at you oddly when you say that, but really it’s a celebration of the lives of people who’ve affected us.”

In 18 stories told in song, Finn acts as a medium, resurrecting everyone from his famous friend Joseph Papp, to colleagues, family members and even his dogs. “It’s all told in William Finn’s voice,” says Allison. “People keep coming back in song, and it’s like you get to know these people as friends, have a little tea and some cookies with them. It’s really quite beautiful.”

Although the stories are highly personal, the songs are universally accessible. Allison rapturously calls this Finn’s colloquial ear. “I didn’t try to memorize the lyrics, I just suddenly realized I knew them.”

Allison appreciates the way song cycles represent the rainbow of a writer’s emotions. “It’s about being a colour. Each song represents a colour of the author and how that human being sees the world.”

In the end, you leave the theatre feeling the joy, not the sorrow, says Allison.

“The ending’s not the story,” goes a line from the finale.

“It doesn’t make you feel sad that all these people are gone,” says Allison, “but rather joyful that they were there in the first place.”

The terrorist attacks on September 11th set off a slew of creative ventures, including numerous made-for-tv movies, novels, memoires, and one musical. Elegies: A Song Cycle, premiered in 2003 at the Lincoln Centre in New York with a cast that included Betty Buckley and Carolee Carmello. It has since played in countless cities across the United States, and it is about to receive its Canadian professional premiere care of Acting Up Stage Company in Toronto.

William Finn, the acclaimed composer of Falsettos, A New Brain, and The 25th Annual Putnam County Spelling Bee wrote the piece in response to not only the tragedy of 9/11, but to honour life, memory and those who had an impact in our lives. Finn has written a piece that points out what made these people special and how life has “infinite joys”, as one of his lyrics states.

An all-star cast has been assembled for this premiere, including Thom Allison, Barbara Barsky, Steven Gallagher, Eliza-Jane Scott, and Michael Strathmore. The production is directed by Lezlie Wade, with musical direction by Wayne Gwillim.

The show holds a special place in the heart of Allison and Barsky, two seasoned Canadian theatre veterans. Allison just finished performing in another song cycle, Songs For A New World, and Barsky is the only member of the cast who has performed in a Finn musical before. She was in the Canadian Stage Company production of Falsettos in the mid-1990s. Both these actors believe in the message of the work.

“Everyone can relate to it. It’s about joy, it’s about anger, it’s about betrayal. It’s about being brave, and making a leap” states Allison. Barsky echoes his statement. “The material itself is personal — the audience relates. It’s filled with universal themes that don’t necessarily relate to only those who were in New York when 9/11 happened or only to those who have lost friends to AIDS. 9/11 was one of those history making events — like when Kennedy was shot, or the first moon landing. It wasn’t just Americans who felt the impact of those events — everyone did. We can all relate to the emotions that were stirred by those moments, and that’s why Elegies is so important — it’s about remembering”

In a time when we are bombarded by news reports of death, murder, and war, it’s refreshing to have a musical that simply honours those who have touched us and meant something to us, and remembering the happier times in our lives.